My research led us to pivot the initial concept for our mobile app to focus more on our users’ core needs, leading to a successful launch with higher-than-expected adoption and user engagement. 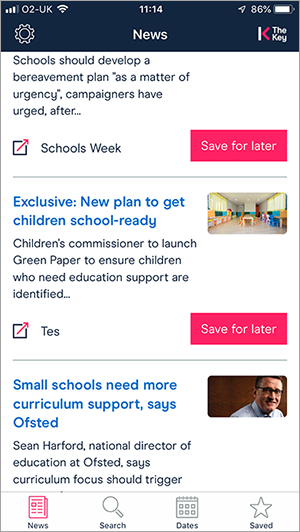 Soon after joining The Key as Head of UX, I was tasked with designing an app for iOS and Android phones and tablets. It was the company's first venture into mobile apps.

I started by carrying out user research (Oct 2017) with school leaders and governors to understand how they currently use mobile phones and tablets in their work, and to uncover what specific needs and pain points The Key's app could address.

The research did not find strong use cases for discussion and networking through a mobile app, which had been the original concept for the app. The research also revealed that school leaders tend not to use their phone during their working day due to school anti-phone policies and poor connectivity. On the other hand, I identified a strong user need to easily stay up-to-date on relevant education sector news, a time-consuming task.

Based on these findings, we pivoted from the original app concept and decided to focus the app initially on keeping school leaders up-to-date with short daily news updates and alerts on important news, as well as allowing them to access all of The Key's content through the app.

The research and discovery phase also included a competitive review of other mobile apps in the education sector.

I designed a set of user flows and wireframes to ensure the app was intuitive and simple to use. I also led on defining the set of features for the MVP.

We tested an early version of the app with a small set of potential users (March 2018) which revealed some usability issues that we addressed before soft-launching the app a month later.

After the full launch in June 2018, we followed up with a survey of early adopters which found that the app was well-received. The following months saw rapid adoption of the app by both school leaders and governors, reaching 5K logged-in users within the first month. We also saw that app users had much higher user engagement on our subscription-based websites - twice as much as users who did not use the app - which was a key business goal for the app. 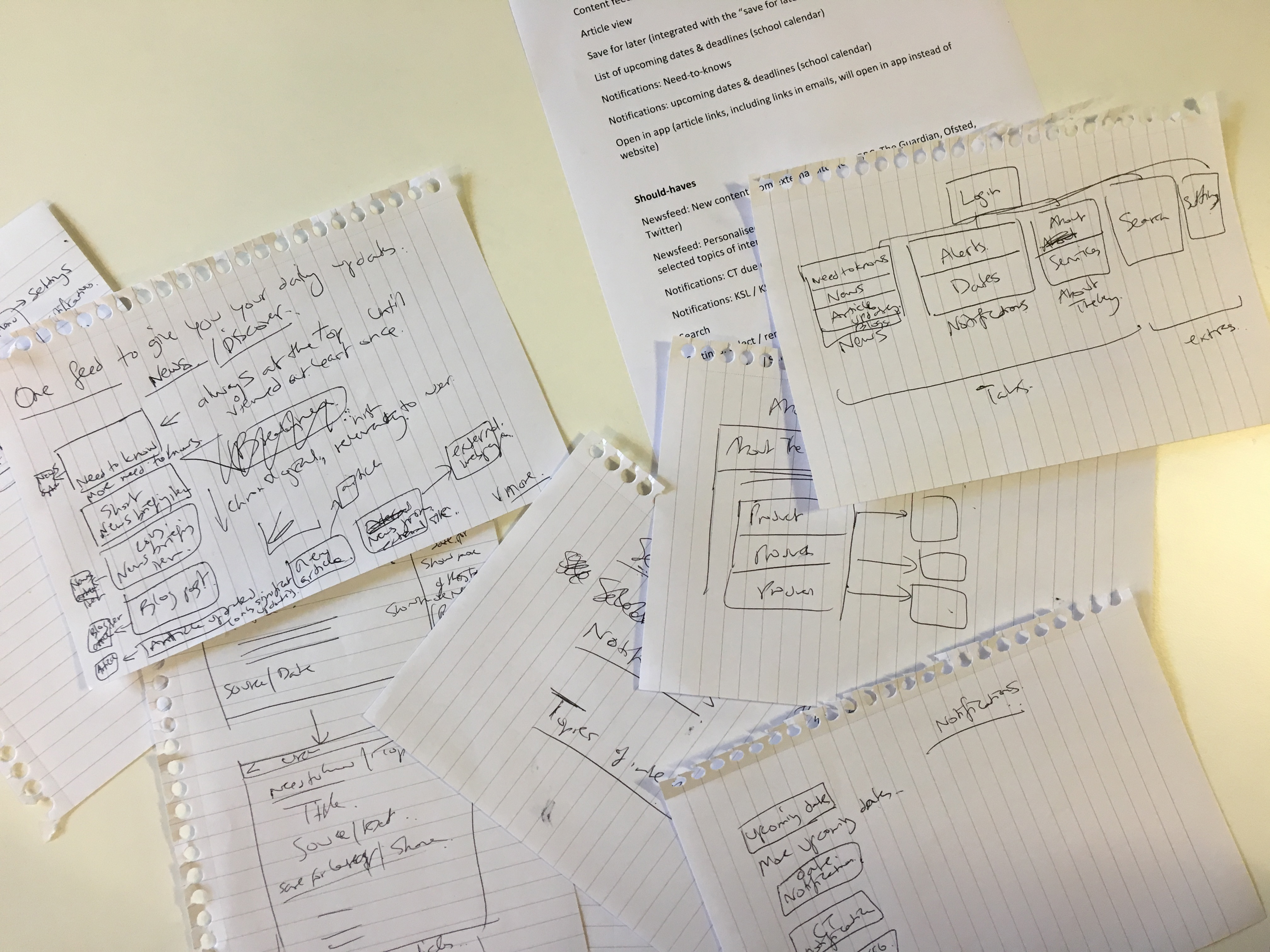 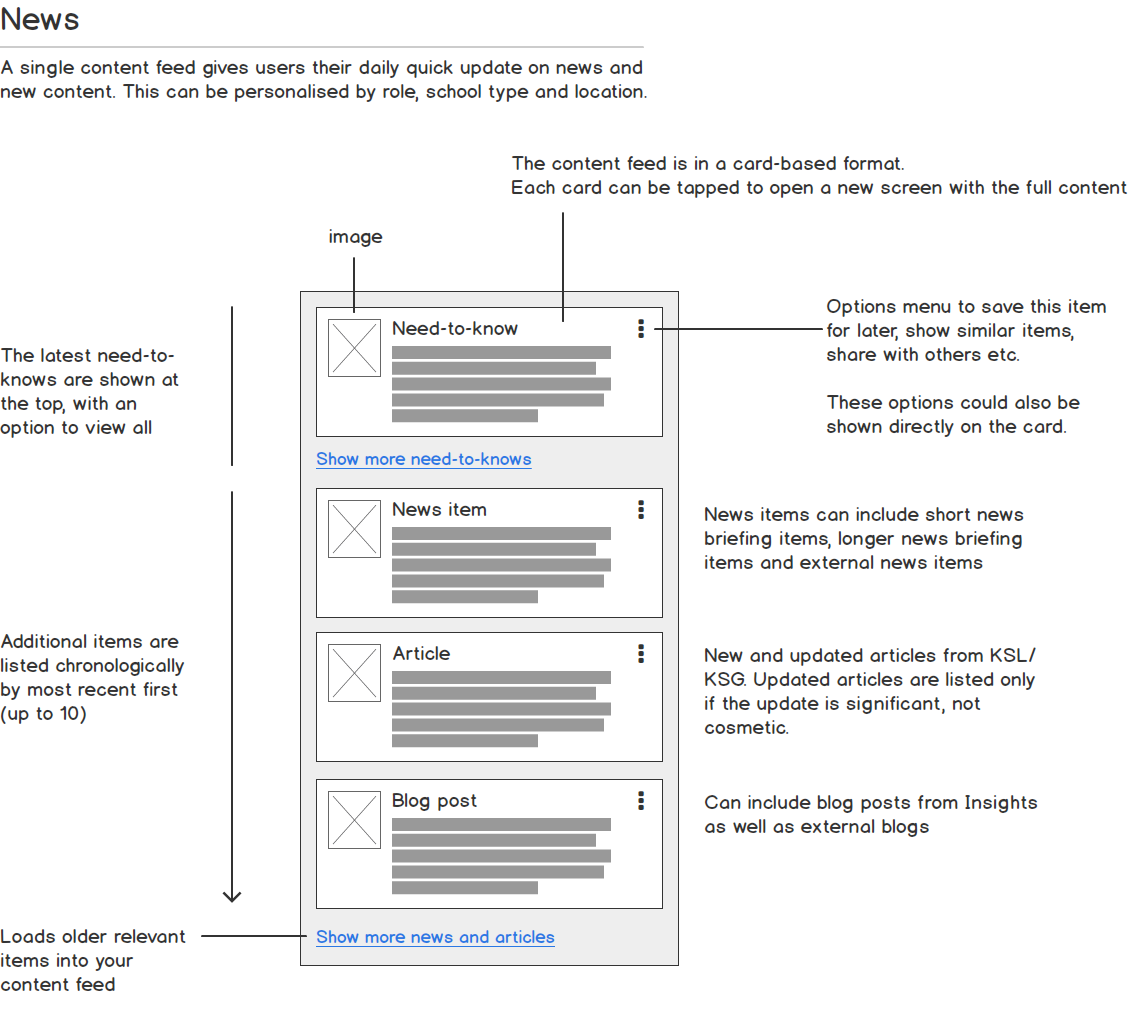 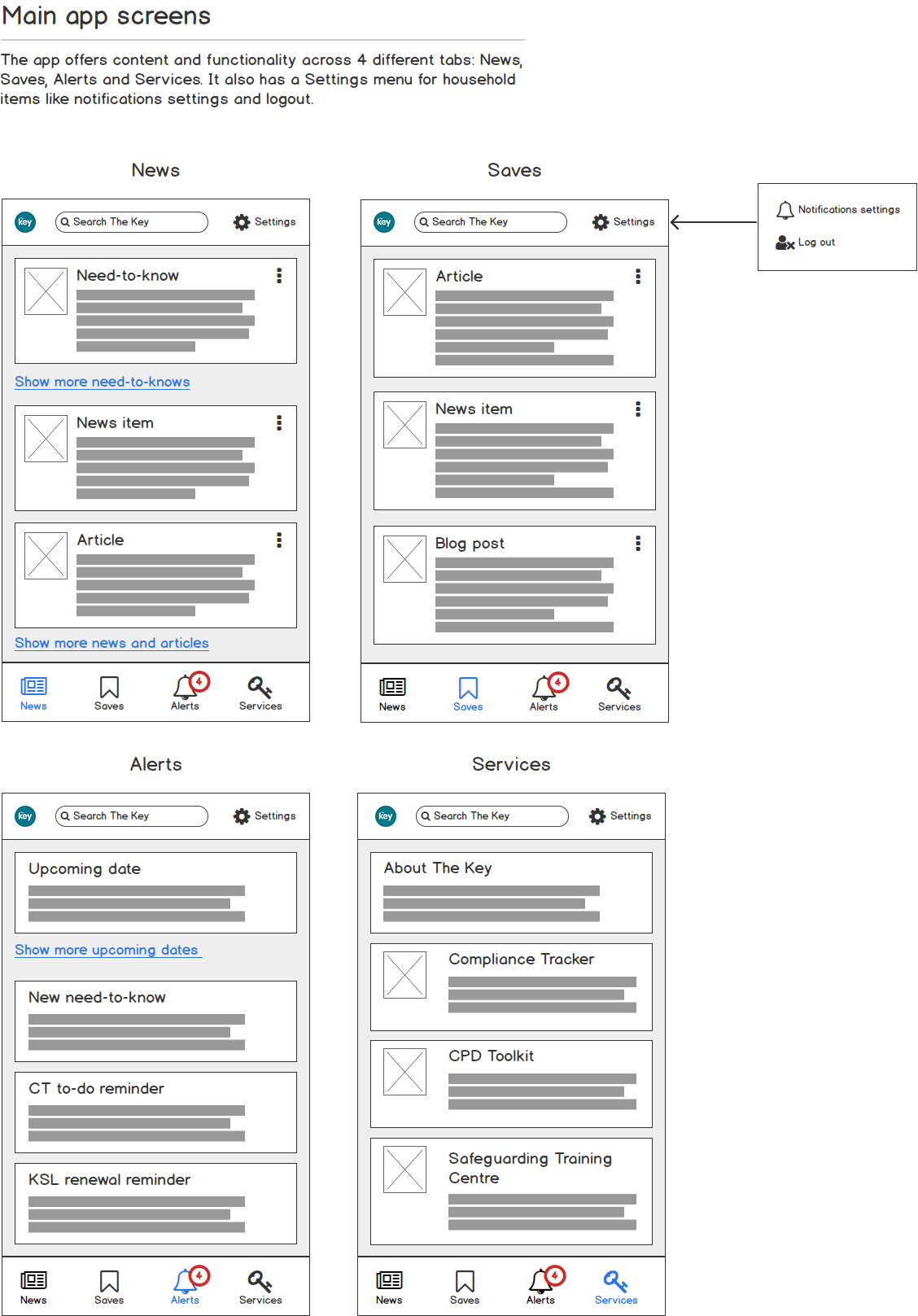 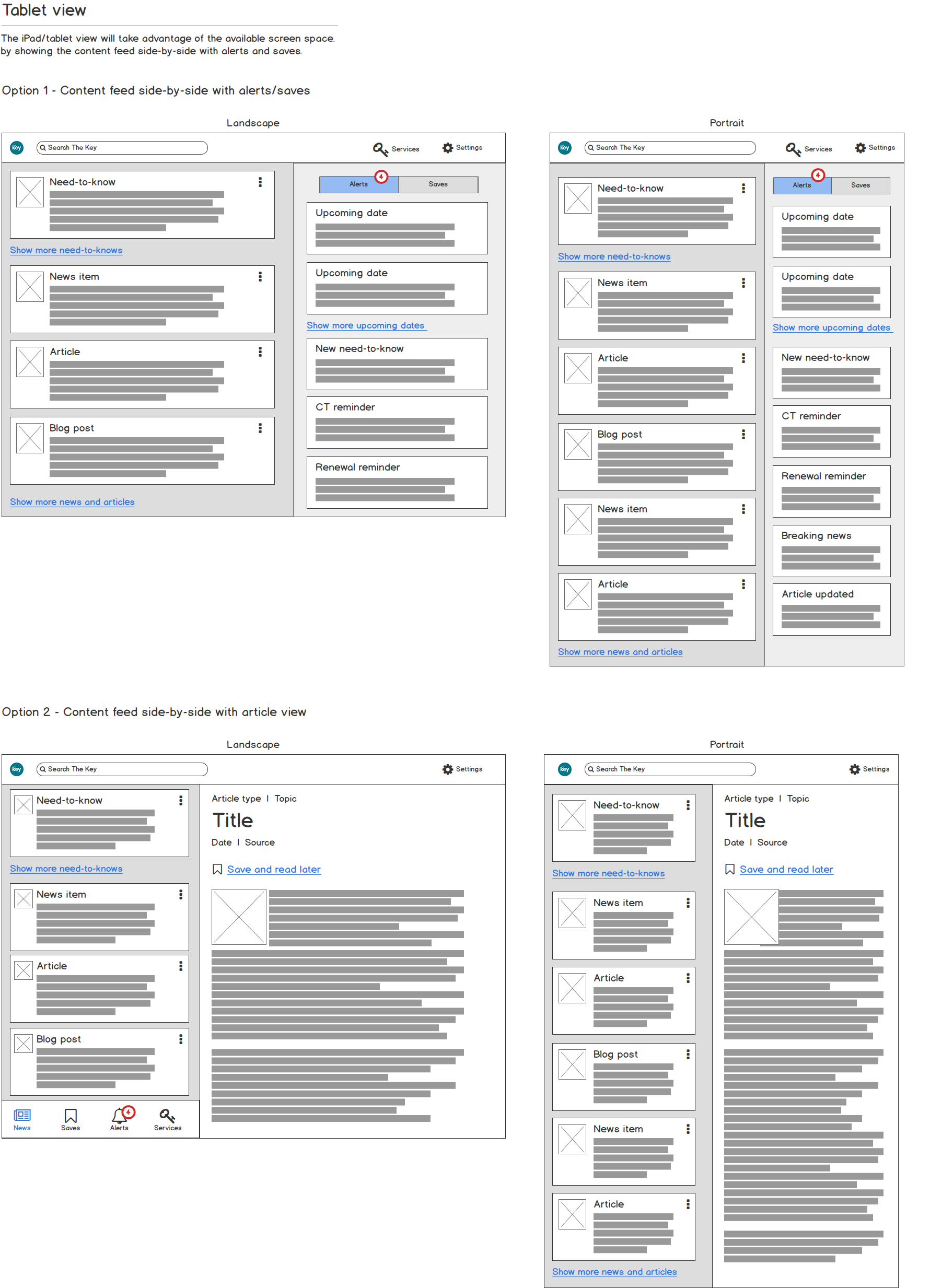 The newsfeed allows users to easily stay up to date on relevant education sector news and policy changes. 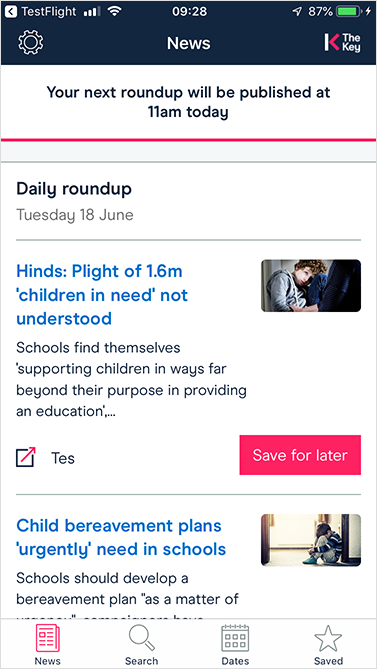 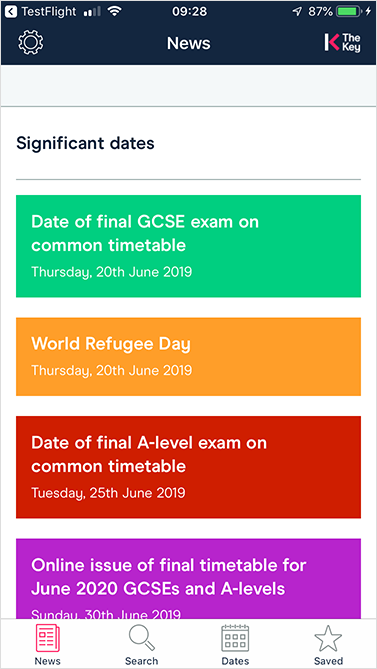 The app lets users search through all of the content available on The Key's subscription-based websites, providing easy access to answers while on the go. 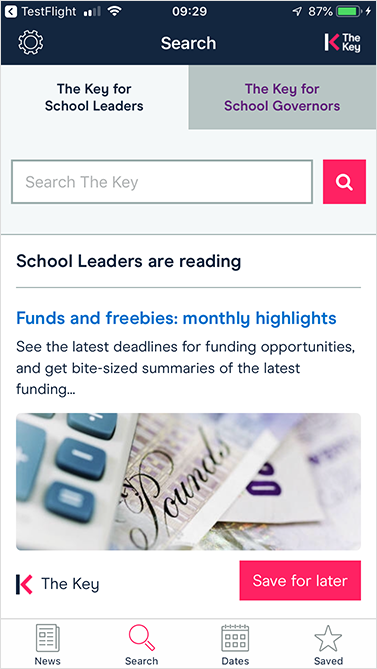 Users can read news and articles from The Key's subscription-based websites directly in the app, optimised for comfortable reading on a phone or tablet. 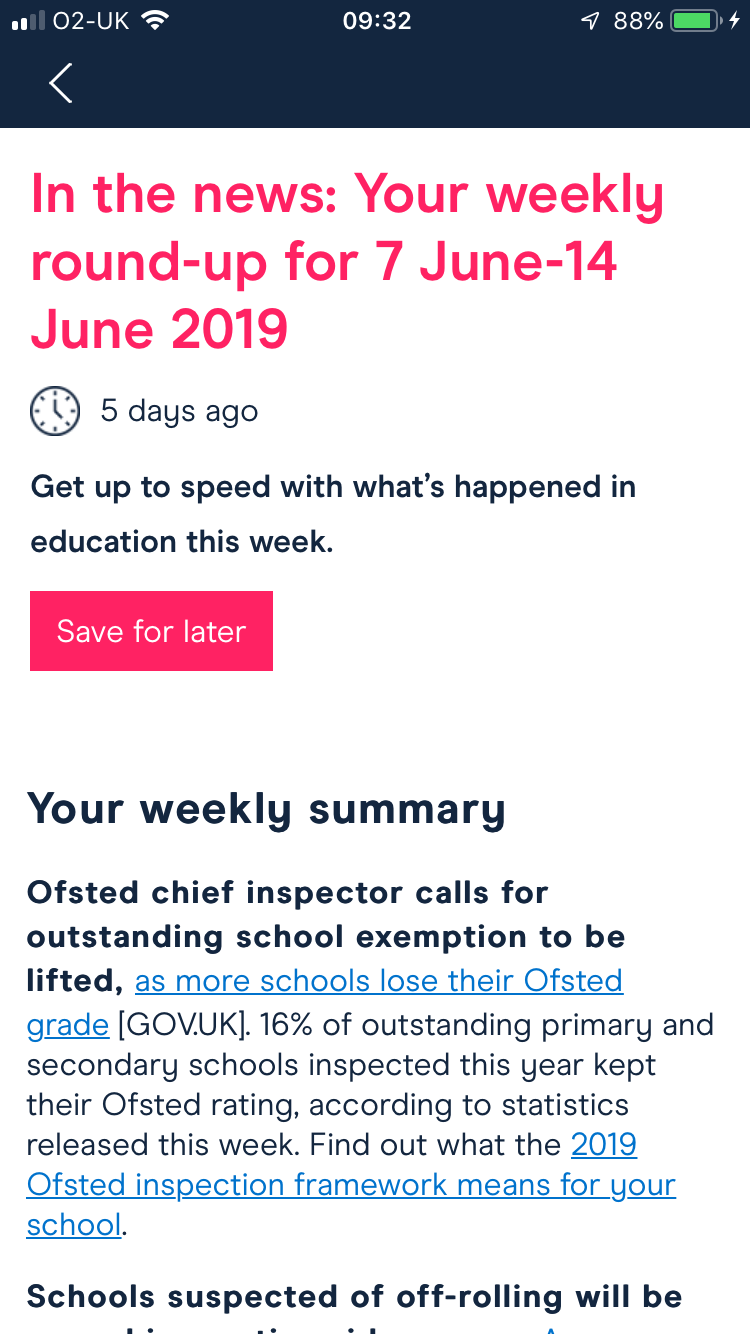